What Shall I Read

All that You Want to Know About Indian Talent Olympiad

One of the scholarship exams which also has academic subjects and comprises of topics which also has school board syllabus is the Olympiad exams. These Olympiad exams are organized by the Indian Talent Olympiad. Indian Talent Olympiad (ITO) is a leading organization of Olympiad which mainly holds the Olympiads. Some of the major Olympiad exams are science, mathematics, English, general knowledge, computer, social studies, drawing, essay Olympiads. In this, the students are mainly provided with a platform in which they can display their ability of learning and also enhance potential performance in an efficacious manner regarding the subject of their choice and get scholarships also.

Olympiad exams which are held in India greatly help in making the students strong mentally and take various kinds of challenges related to their subject and promote learning skills in the subject area where the student wants to be successful. Indian Talent Olympiad is associated with more than 30,000 schools and it was established in the year 2012. And one of the best parts about the ITO is that it has successfully reached 1 crore students. Plus, the organization also has P.T. Usha on the advisory committee as she is also known well for her achievements. 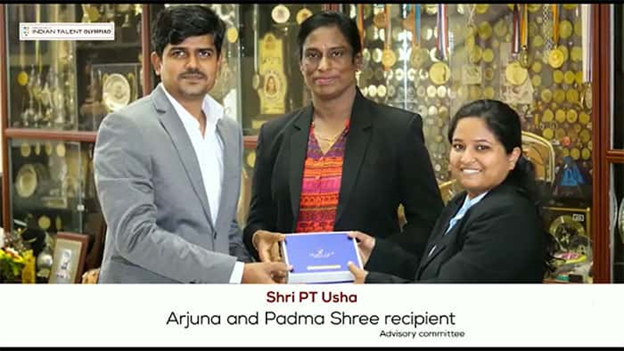 There are various kinds of Olympiad exams which are held like that of International Science Olympiad, then it also comprises of other subjects of international nature like that of mathematics, English, general knowledge, computer, drawing, national essay, national social studies. It also conducts regular weekly online tests at home apart from the annual examination of the school. There are many things which the students can refer to like workbooks, question paper sets, and additional study materials which are being offered by the Indian Talent Olympiad. A different kind of holistic development is provided to the participants. It is very good for the students and they should take part in this.

Which Classes Are Involved?

Olympiad exam is also held for the class 1 students where they enhance the knowledge of students and also make their base stronger. It strictly follows a school board syllabus and is construed by the subject experts. Olympiad exams are also held for class 1 to class 10 students. In class 2 Olympiad exams the subjects which are covered are mostly from the school syllabus and topics are related to the respective academic subjects. You can check for the Olympiad centers online and get your child registered for the same. Plus, there are many sites online which will help you to register for the same.

Also, you don’t have to worry about your child getting stressed with the subjects. It is because the syllabus which is covered by the Indian Talent Olympiad has content that is student-friendly, attractive, and also easy to comprehend. It will broaden the horizons of thinking of your child and their knowledge will be expanded. Plus, it has been proved to be the most helpful platform for the students. These kinds of competitive exams help the students in improving their performance and skills regarding the subject of their interest.

Reasons Why You Should Get A Medical ...